The long-term cost of incarcerating the nation's youth is $8 to $21 billion, according to a report out Tuesday. The Justice Policy Institute’s “Sticker Shock” report says Florida’s base cost is $55,000 dollars per juvenile per year. The Justice Police Institute’s executive director, Marc Schindler, says the total cost is about more than running juvenile detention centers.

"This includes lost future earnings and tax payments from confined youth, future reliance of formerly confined youth on public assistance, and medical costs and pain and suffering from those who are harmed by crime associated with the increased likelihood that youth who have been incarcerated may commit new offenses", Schindler said.

Previous studies suggest kids locked up for minor crimes might go down a worse path.

A new state law stops giving juveniles life without parole unless they kill someone. Critics say "tough on crime" policies are why it took four years to pass after the U.S. Supreme Court declared such sentences "cruel and unusual punishment." 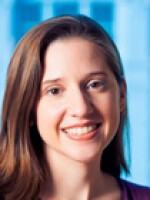 Amy Kiley
Amy joined WUWM in January 2011 as an Announcer. She began her career interning for WBEZ-Chicago Public Radio and NPR affiliate WGVU in Grand Rapids, Michigan. She also served as News Director of her college station WNUR at Northwestern University.
See stories by Amy Kiley
2021 Hurricane Season
Latest news and what you need to know this hurricane season.
Read more
Latest Stories
Special Report
WUSF is reporting on how distribution of the COVID-19 vaccine exposes inequities in Florida’s health care system.
Read More
WUSF 89.7 depends on donors for the funding it takes to provide you the most trusted source of news and information here in town, across our state, and around the world. Support WUSF now by giving monthly, or make a one-time donation online.
Donate Now
Related Content