Experts predict a spike in the price of Florida’s citrus this upcoming harvest season, meaning slightly more revenue for the state’s farmers. But an unexpected increase in orange production could keep retail prices low.

Citrus greening is a bacterial disease that’s cut Florida’s citrus crops in half since it first struck the state’s trees in 2005. The lower supply has helped farmers fetch higher prices per orange. But, former University of Florida professor of agricultural economics Tom Spreen says farmers are still having a hard time breaking even.

“So, really, in spite of the fact that prices are – we’re probably going to be close to a record if not at a record level for grower prices this year – there will not be a huge amount of profit being made because so much money is being spent trying to combat the disease,” Spreen says.

But a bit of relief could come in this upcoming harvest, with the most recent projection showing a slightly higher orange output. That means retail prices on orange products could stabilize, even though wholesale prices might be higher. Florida Department of Citrus economist Marisa Zansler says the increased production is unexpected after several seasons of decline. She adds scientific advances in the fight against citrus greening disease, and a government replanting program, give hope for a revitalization of the industry.

“I think the industry is actually bracing in the short term for what will be a reemergence for the long run based on these mitigation strategies in terms of citrus greening,” Zansler says.

But, some remain more cautiously optimistic. Retired UF professor Spreen says the citrus industry is in need of help sooner, rather than later.

“My guess is that a solution will be found, or it may even be solutions," Spreen says. "There may in fact be a number of tactics that are developed. It’s just the question right now is how soon is it going to come?” 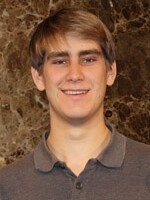 Donald DeBevoise
Donald DeBevoise is originally from Winter Park, Florida and now studies English and economics at Florida State University. He is a member of the Society for Collegiate Journalists at FSU. Donald also writes for a student-based magazine called The Last Word. He aspires to enter the journalism field upon graduating. In his spare time he enjoys reading, writing, hiking and jogging.
See stories by Donald DeBevoise
Florida And Climate Change
WUSF, in collaboration with the Florida Climate Reporting Network, is bringing you stories on how climate change is affecting you. Tell us your story.
Special Coverage
Red Tide
Coverage of the red tide outbreak across the region.
Read More