TedSmallwoodbuilt his store out of Dade County Pine on the edge ofChokoloskee, facing the Everglades' Ten Thousand Islands. He called it TedSmallwood'sStore.

In 1917, it was the hub of the community. It was the post office, a farming ground, a place to repair boats and trade goods. Smallwood's wife, Mamie, even taught grade school out of the store. Now the future of the store depends on one road and its legal battle to keep it open.

"It served at least a 40-mile radius in every direction at one point," says Lynn Smallwood McMillin, Smallwood's grandaughter who turned the store into a museum in 1990.

Ted Smallwood traded with the Seminole Indians and was known to be the only white man they trusted.

Inside The Store Where History Was Made

An entire wall behind the front counter in the store is covered with early 19th century medicine cabinet items like bottles of Listerine.

Animal hides hang from the ceiling.

A life-like mannequin of an older Ted Smallwood in suspenders and a straw hat, sits in a chair by a window, clutching a red bible and a fly swatter.

McMillin’s husband, Gary McMillin, shows visitors around the store and can tell the stories of just about any knick-knack on display -- including these cans of dental floss from the early 20th century.

The store was also where Edgar Watson, an outlaw, was shot and killed by locals in 1910.

“It’s not your typical museum where you recreate history,” says Lynn. “It’s where history was made.”

Outside, TedSmallwoodbuilt the only road leading up to the store and named itMamieStreet after his wife. But even if the road is the oldest one on the island, its story is not ready to be told as one of the past.

The McMillins are in the midst of a legal battle with developer Florida Georgia Grove, which owns four acres of land nearby.

Grove intends to build on that land, but the problem is that Mamie Street cuts right through it.

In 2011, Grove was expecting the Army Corps of Engineers to approve a permit to build another road to the store. Meanwhile, the developer dug up a portion of Mamie Street, blocking off a passageway to the store and forcing McMillin to close down for six months.

“It was crazy,” says Lynn. “People were all over the island asking how you could get to the Smallwood Store.”

A representative for Florida Georgia Grove declined to be interviewed, but wrote in an email that the Grove had the permits to remove Mamie Street.

Still, a judge ordered Grove to restore the road.

McMillin and Collier County are now suing to have the road deemed public property, which would protect it from any private development.

Lynn says she hopes to settle the case or at least have another road soon. The museum can’t survive without a road.

She says, “All the money that we should be using to put in to preserve and maintain the store have been going into legal fees to fight for a road so that the public can get to it.”

Read an article by The New York Times about Ted Smallwood's Store. 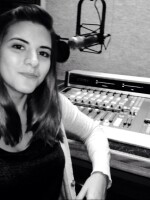 Julia Duba
Julia Duba is Associate Producer of News and Public Affairs.
See stories by Julia Duba
Piney Point
Coverage of the wastewater spill at the Manatee County processing plant.
Read More
Latest Stories
Special Report
WUSF is reporting on how distribution of the COVID-19 vaccine exposes inequities in Florida’s health care system.
Read More
WUSF 89.7 depends on donors for the funding it takes to provide you the most trusted source of news and information here in town, across our state, and around the world. Support WUSF now by giving monthly, or make a one-time donation online.
Donate Now
Related Content