Fact-Checking Kriseman On His Pier Promises

When Rick Kriseman was running for Mayor of St. Petersburg, he made a number of promises about resolving the future of the St. Pete Pier.

A referendum had stopped the proposed building of a design called "The Lens" -- with left the iconic inverted pyramid a fenced in shell of itself.

Among other things, Kriseman promised a new pier would be opened by the end of 2015.

During a recent taping of "Florida Matters" on WUSF, Kriseman admitted that goal might have been overambitious.

His administration has now bumped back an opening date for a new pier to 2017.

And PolitiFact Florida says that rates the mayor a 'promise broken'.

"This comes from his announcement on May 1 that under a new timeline, they  weren't going to have a new pier open to the public until 2017," explained Josh Gillin of PolitiFact. "Designs aren't even due until next year. So, when you figure in construction, I think it was probably just a pretty big bite to take on."

A lot of the delays in making progress toward a new pier have to do with Kriseman's inability to put together a task force on the pier... a task force he promised to have up and running when he took office in January.

However, PolitiFact did not give the mayor a promise broken on the task force issue.

"No, We actually rated that task force a compromise," Gillin said. "He had said that he was going to have it put in place before January 2nd. He was going to pick a bunch of community leaders. But, you know, there are a few things on your plate when you become mayor so he finally did come up with a group and announced it the same day he announced that 2017 completion date... because he finally did it, it's a compromise." 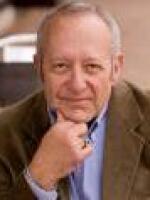 Craig Kopp
Craig Kopp is relatively new to Florida and the Tampa Bay area. The veteran broadcaster and writer spent the majority of his 30 year career in Ohio.
Latest Stories