The daily lowdown on books, publishing, and the occasional author behaving badly. 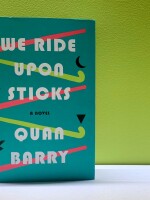 Annalisa Quinn
Annalisa Quinn is a contributing writer, reporter, and literary critic for NPR. She created NPR's Book News column and covers literature and culture for NPR.
Class of COVID-19
Exploring the high costs of the pandemic for children and young adults.
Learn More
Latest Stories
WUSF 89.7 depends on donors for the funding it takes to provide you the most trusted source of news and information here in town, across our state, and around the world. Support WUSF now by giving monthly, or make a one-time donation online.
Donate Now
Related Content