Going Green: What Cities Can Teach The Country

The future of our planet may be uncertain, but one thing is clear: David Owen is going to generate significant heat with Green Metropolis, his provocative manifesto that inverts many of our sacred assumptions about environmentalism. Building on the stunning article he wrote for The New Yorker in 2004 about how, contrary to being the ecological nightmare most people think it is, New York City is actually the greenest, most environmentally responsible community in America, his book mounts a passionate, fact-studded case for "the environmental advantages of Manhattan-style urban density."

Owen's Environmental Enemy No. 1 is the automobile, which not only burns damaging fossil fuels but encourages us to spread out and, paradoxically, destroy open space. The best way to deter people from using cars — along with grouping residences and businesses more closely — is by making driving as unpleasant and expensive as possible: by charging exorbitant taxes on gas and parking rather than easing traffic congestion or producing smaller, cheaper automobiles.

Green Metropolis is fascinating and thought-provoking even when not entirely convincing — as when Owen criticizes Central Park as a "barrier to the overall human flow" of New York City, ignoring its importance as a recreational oasis. His objections to the small measures we take to be more environmentally responsible, such as switching to hybrid cars, recycling and creating HOV and bicycle lanes, are sure to raise some hackles. Single-family homeowners who waste money on "inappropriate technology" such as solar panels while failing to beef up roof insulation, drive less, downsize or purchase more efficient HVAC systems also come in for heavy criticism.

Owen traces the anti-urban bias of American environmentalists back to Thomas Jefferson and Thoreau, demonstrating how it has led to ecologically disastrous sprawl. He disdains low-set buildings surrounded by countryside, including the highly touted and supposedly green design of the inconveniently remote Rocky Mountain Institute in Snowmass, Colo. Unfortunately, as with his attitude toward Central Park, his focus on carbon footprints causes him to discount the aesthetic or psychological solace of open space.

Or maybe not. A New Yorker staff writer and self-confessed golf addict whose 14 books include several about his favorite pastime, Owen admits that he's no ecological angel. Not only does he live in ecologically unsustainable, bucolic, small-town Connecticut, but he drives to his local golf course, three miles away. As Kermit the Frog notes, it's not easy being green. But for starters, Green Metropolis offers high-test fuel for discussion. 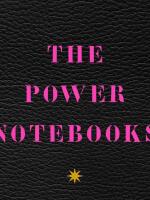 Heller McAlpin
Heller McAlpin is a New York-based critic who reviews books regularly for NPR.org, The Los Angeles Times, The Washington Post, The Christian Science Monitor, The San Francisco Chronicle and other publications.