A suspect in the JonBenet Ramsey case is in the United States now after officials in Thailand expelled him from that country. If you haven't followed the 10-year-old murder case, our Brian Unger says not to worry, it's following you. Here's today's Unger Report.

The story of John Mark Karr, the man who said he was with JonBenet Ramsey on the night she died, is shaping up to the be the trial of the century of the millennium that has barely begun. Sunday night, en route from Bangkok, Thailand, where authorities nabbed Karr, this alleged snake on a plane flew business class, according to the Associated Press. A Web site that follows cable TV news showed one channel's loud graphic banner exclaiming the breaking news this way.

The Associated Press reported the beer was served in a can, the wine, chardonnay. Now we really know what's going on inside the mind of John Mark Karr: beer before wine, feeling fine; wine before liquor, never sicker. On board Thai Airways Flight 794, other amenities were available to a man who might be guilty of murder or just some fame-seeker who was guilty of wearing high-waisted pants.

UNGER: Mr. Karr's in-flight movie choices are Inside Man, Mission Impossible, and Over The Hedge. Photos showed Karr sitting in one of those deluxe sleeper seats you see mostly in magazines. All of it - the window seat, the booze, the prawns, the movies - these factoids were called, quote, latest developments and interesting details. Amazing, shocking. Who knew that Thai Airways served up prawns, champagne and an animated Bruce Willis?

On U.S. Airways I could barely wrangle a pillow from my flight attendant. And so, just like that, all afternoon the news continued to break and break, until the picture became very clear: the news is broken.

(Soundbite of music trailing off)

UNGER: A minute-by-minute account of the suspect's bodily functions, what he saw, what he ate, who he talked to, how he sat - this is a script from The Daily Show. This is not real news. But as one of the correspondents who helped launched The Daily Show, I couldn't have written anything more absurd. Not even a week into John Mark Karr's spectacular debut on the news world stage, and having barely stepped foot on American soil, we know that Karr enjoys a nice green salad with walnut dressing. At this rate Karr will have his own Broadway musical in a week. He's the new Sweeney Todd, Demon Barber of Fleet Street.

One girl's unsolved murder 10 years ago is still a tragedy. Twenty-six U.S. soldiers killed in Iraq this month is heartbreaking. Their flight home won't be breaking news.

And that is today's Unger Report. I'm Brian Unger.

BRAND: And a reminder that the Unger Report is just one of many NPR features now available as a podcast. Go to npr.org for more information on how you can subscribe. Transcript provided by NPR, Copyright NPR. 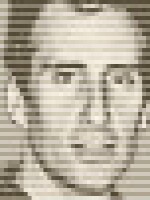 Brian Unger
Brian Ungers satirical reports on culture and politics can currently be heard regularly on NPR.
What Issues Matter To You?
What do you want to know before voting in local and state elections this year? WUSF is here to help.
Tell Us