Commentator Laura Lorson spends a good deal of time talking, or rather listening, to her mother. And she's learned that when it comes to family communication, the devil is often in the details.

My mother called and left me a message a few days ago. I had to wait to find an empty four-hour window to return the call. My mom has a way of delivering pertinent news that makes Proust seem like a minimalist. No detail is too unimportant.

(Imitating her mother) `Well, I woke up this morning and I put on my slippers. Not the pink ones that your father bought me, because they're a little too loose. I mean the blue ones with the flowers that I got at the Big Lots a couple of years ago 'cause they're really grippy. And I need those because the floors we had installed last month, the ones that your cousin Lee helped me get wholesale at that store he used to work for, not the one that used to be on the Shelbyville Road, the one on Preston Highway. Anyway, the floors are really slippery.

`And I went in the kitchen and I fixed myself a bowl of puffed wheat instead of the scrambled eggs I usually eat because the doctor said I need to bring my cholesterol down. And do you know what? We were out of milk.'

This generally leads to me sitting on a chair in the dining room clutching my head. But actually, it's a good thing, because it's in the digressions that I learn everything interesting. She'll start off telling me about how she was driving to work and almost had an accident, and I'll think, `Maybe I can get away with cleaning the bathroom or something while she's telling this.'

But about 10 minutes into the story, she'll let slip a little tidbit of information that's really interesting, like that my great-uncle Felix was actually a closet smoker. By the time that sinks in and I'm ready for a follow-up, she's already moved on to her concerns over anti-bacterial hand wash or the tractor that Ms. Kay Crutcher(ph) bought for her farm or the new baby that her friend's friend's daughter had, which apparently has a really weird-looking head.

I bring this up because it's in the interstices of these sorts of conversations that real family histories evolve. I mean, meandering conversation is a great thing. You don't necessarily want to hear family stories in that straightforward newscaster mode. Sure it might save time to hear straight out that, (Imitating her mother) `Your father and I are thinking of moving to Trimble County,' but who wants to miss out on a brief history of the Louisville Free Public Library, the new car that the Zehe(ph) family bought or that that one kid that I went to high school with--(Imitating her mother) `No, no, the other one, the one with the unfortunate haircut, finally graduated and is now the mayor of some small town in Tennessee, you know, the place where he did that thing that time.'

BLOCK: Commentator Laura Lorson is the local host of ALL THINGS CONSIDERED at Kansas Public Radio. She lives in Perry, Kansas. 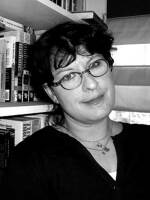 Laura Lorson
Laura Lorson is a native of Louisville, Kentucky. It was there that she learned how to read, write, and make the occasional decent piece of fried chicken. A complicated set of family moves eventually led her to Kansas, which is how she ended up graduating from the University of Kansas in Lawrence in 1989. She began working in radio in 1990 and worked for NPR in Washington throughout most of the 1990s as a director, producer, and editor for Talk of the Nation, All Things Considered, and the former NPR show Anthem.