Connecticut Challenges 'No Child Left Behind'

Connecticut became the first state to sue the federal government over the No Child Left Behind law. It's the most serious challenge to date for the three-year-old law, which was a major domestic priority in President Bush's first term.

No Child Left Behind marked the broadest expansion of the federal role in public schools in a generation. Many states have chafed at its restrictions and what they say is too little funding from Washington. Diane Orson of member station WNPR reports.

The dispute centers on testing requirements under No Child Left Behind. Students in Connecticut have been tested in grades 4, 6, 8 and 10 for two decades and state officials say the accountability program has worked. Connecticut students consistently rank near the top of the nation in academic performance.

But beginning this school year, No Child Left Behind requires additional tests in grades 3, 5 and 7. State Attorney General Richard Blumenthal says the law specifically prohibits unfunded mandates -- and Washington is illegally forcing Connecticut to spend millions of its own dollars on unnecessary tests.

A cost analysis finds that by 2008, Connecticut will have to pay $41.6 million to implement all the requirements of the federal law. The federal government disputes that number.

But State Education Commissioner Betty Sternberg says the suit is not just about the funding. She says if the state is forced to do more testing, she wants control to design tests that help classroom teachers.

"They're actually telling us to, and I hate to use the word, but dumb down our test," Sternberg says.

But federal officials say the testing requirements in No Child Left Behind are aimed directly at states like Connecticut, where despite educational success there's a huge achievement gap between rich and poor, and white and minority students.

"It's unfortunate that the state has chosen to address their achievement gap with a lawsuit that takes attention from their neediest students," says Susan Aspey, spokesperson for the U.S. Department of Education. "No Child Left Behind at its heart is designed to close the achievement gap and raise student achievement for all students regardless of race or income or background."

And she says the federal government has provided more than enough funding to pay for the additional testing. 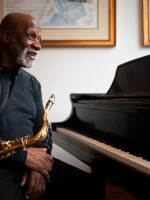 Diane Orson
Diane Orson is WNPR's local host for Morning Edition. She's also a reporter for WNPR, as well as a contributor to National Public Radio. Her stories are heard on Morning Edition, All Things Considered, Weekend Edition and Here And Now. Diane began at WBUR in Boston and came to Connecticut in 1988 as a co-producer for Open Air New England. She shared a Peabody Award with Faith Middleton for their piece of radio nostalgia about New Haven's Shubert Theater. Her reporting has been recognized by the Connecticut Society for Professional Journalists and the Associated Press, including the Ellen Abrams Award for Excellence in Broadcast Journalism and the Walt Dibble Award for Overall Excellence.
What Issues Matter To You?
What do you want to know before voting in local and state elections this year? WUSF is here to help.
Tell Us