Cindy Sheehan is no longer outside President Bush's Texas ranch, but her supporters are keeping up her vigil. She spent nearly two weeks in Crawford, camped out on a road that leads to the president's ranch. She said she wanted to talk to the president about her son Casey who was killed in action in Iraq more than a year ago. Cindy Sheehan left Texas and went to California yesterday, because her mother had a stroke. She says she will return to Texas before the president's vacation is over if she can. Her vigil has provided a focal point for the anti-war movement. Besides her supporters who remain in Crawford, she inspired thousands to turn out for demonstrations earlier in the week. Cindy Sheehan has also invited heated criticism from supporters of the Iraq War.

Now we have the second of two commentaries about Cindy Sheehan and the meaning of her protest. Desiree Cooper says the Cindy Sheehan's activism in the face of her son's death has called much-needed attention to the war.

When a mother weeps for her child, no one can deny her righteous pain. No one can deny the honesty of her anger, the conviction of her prayers. When I look into the face of Cindy Sheehan, I see her anguish, her sincere desire to put an end to the tragedy of war, and I am ashamed. I'm ashamed that she's the one in her grief who has to sleep on the ground for days to make her voice be heard while I and countless other Americans complain idly about the war, never dreaming of making a sacrifice.

While Cindy Sheehan has sent her son to war, what have the rest of us done? Have we planted victory gardens or rationed our food? Have we gone without a single luxury? We haven't even had to pay higher taxes to support the war. We have not sacrificed a thing. There are those who are angered by her anti-war stance, but she's shed her tears and paid her dues, so she has every right to sit on a country road in Crawford and demand some answers from the president, who hasn't had to pay the ultimate price, either.

There hasn't been so much emotion over the war since last fall when it became an election issue. When I see all the fervor she's awakened, I'm angry that our voices wax and wane depending on the other distractions of living. It's beyond me why even the bloodshed of war isn't extreme enough to trouble our spirits. Usually it's the community's job to express the outrage of those in mourning. How is it that we are depending on the grief-stricken to wake up the rest of us? Why does it take a weeping mother camping out practically on the president's driveway to grab our attention? I can't help but wonder where we would be now if every American was making a personal sacrifice in support of the war. Maybe we wouldn't be at war at all, or if so, maybe we would be there with a single heart and a unified commitment.

So many of us were sleeping when the price of speaking was free. Perhaps instead of attacking Cindy Sheehan or paying lip service to her cause, we ought to do what one mother has asked of us. We ought to decide what each of us will do to usher in a lasting peace, and we ought to pray that it will never again take the tears of a mother to rouse us from our indifference. 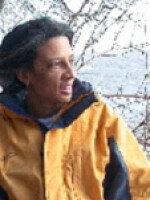 Desiree Cooper
An aspiring fiction writer and recovering attorney, Desiree Cooper has been a frequent commentator for All Things Considered since 2000.
What Issues Matter To You?
What do you want to know before voting in local and state elections this year? WUSF is here to help.
Tell Us