There's new research released today on programs that encourage young people to refrain from having sex. Initial results show that abstinence program do, in fact, give students more information about the consequences of sexual activity. The findings come as Congress considers President Bush's plan to increase funding for abstinence education. NPR's Rachel Jones reports that it's too soon to tell whether the programs actually changed behavior.

JONES: Rebecca Maynard is a professor at the University of Pennsylvania and one of the lead researchers on the new study. It looked at programs in Florida, Wisconsin, Mississippi and Virginia. The programs were structured to encourage children to choose abstinence during their teen-age years and, hopefully, until they're married. Researchers interviewed 2,300 students a year after they'd completed the programs. Most said they had learned a lot about pregnancy and sexually transmitted diseases, and Maynard said there was another important effect.

Prof. MAYNARD: In three of the four programs, more of the youth in the program group signed a pledge of abstinence until marriage than was the case in the control group.

JONES: But the programs didn't affect the students' ability to talk about sex with their parents or deal with peer pressure. And researchers say the data are inconclusive because most of the students were too young for sexual activity when it began. Christopher Trenholm is a researcher with Mathematica Policy Research.

Mr. CHRISTOPHER TRENHOLM (Mathematica Policy Research): They're only 12 and a half at the end of this first year in the program, so we're only able to look at intermediate outcomes. These are things like the youth support for abstinence, their relations with peers and with parents, their perceptions of consequences from teen sex.

Mr. WILLIAM SMITH (Vice President for Public Policy, Sexuality Information and Education Council of the United States): I'm afraid that what we have here today is a report that tells us more about what these programs are not doing than what they are doing.

JONES: Smith is vice president for public policy at the Sexuality Information and Education Council of the United States, a national advocacy group that promotes comprehensive sexuality education. Smith suspects the study is only being released because the House of Representatives is considering the abstinence funding increase. He thinks some lawmakers want to use the report as ammunition, even though the study doesn't draw any valid conclusions. And he believes the research is flawed.

Mr. SMITH: For example, there isn't a single question here about young people's perceived behaviors around contraception and the efficacy of condoms, for example.

JONES: But abstinence-only advocates believe that when their programs are designed properly, you don't have to ask those questions. And administration officials believe this early data gives researchers more information about the link between early attitudes about sex and later behavior. Michael O'Grady is the assistant secretary for planning and evaluation at the Department of Health and Human Services.

Mr. MICHAEL O'GRADY (Assistant Secretary for Planning and Evaluation, Department of Health and Human Services): This is building up our database, in effect, that it will allow us to develop the science around how to do this and how to do it right.

JONES: Researchers are continuing to interview the students in the study and will release complete data by the end of next year. Rachel Jones, NPR News. Transcript provided by NPR, Copyright NPR. 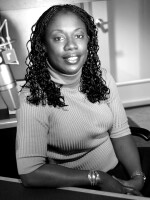 Rachel Jones
Rachel Jones reports on education, social policy, and welfare reform issues at NPR. She has also covered children’s health and development, as well as well as racial disparities in health care.