The Best in Political Fiction

To prepare us for the long election season ahead, librarian Nancy Pearl has compiled a list of reading material for people who are interested in politics, but disgusted with today's political rhetoric. "We're heading into the silly season," Pearl tells NPR's Steve Inskeep. "There's going to be a lot of stuff that you're just going to wince when you hear it."

The solution? A list of smart, satirical, and scandalous works that offer an antidote to the ugliness of modern campaigns:

Democracy by Henry Adams: Published anonymously in 1876, Democracy is filled with characters based on some of the major politicians during the Reconstruction.

All the King's Men by Robert Penn Warren: The 1947 Pulitzer Prize-winning novel is often called one of the greatest –- if not the greatest –- political novels of all time. It is loosely based on the life of Louisiana politician, Governor Huey Long.

Advise and Consent by Allen Drury: This timeless 1959 novel offers a depiction of the inner workings of Congress.A Dangerous Friend by Ward Just: Just's novel comments on the dangers of entanglement in foreign politics -- in this case, Vietnam.

Echo House by Ward Just: A story that traces a political family dynasty from before the New Deal through the present.

Books that bring the concept of terrorism home: The American Ambassador by Ward Just and Tinker, Tailor, Soldier, Spy by John le Carré.

American Hero by Larry Beinhart: A dark romp through the underbelly of politics, American Hero was the basis for the film Wag the Dog.

Shelley's Heart by Charles McCarry: Dubbed "the American John le Carré," McCarry tells the story of an election stolen by a cabal of men through computer fraud. 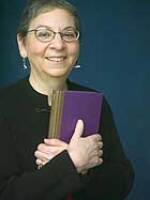 Nancy Pearl
Nancy Pearl is a regular commentator about books on NPR's Morning Edition and NPR affiliate stations KUOW in Seattle and KWGS in Tulsa.